Pardo is the New Black: The Urban Origins of Argentina’s Myth of Black Disappearance

It was a typical day, nothing out of the ordinary. I, a young, small-town girl had landed in a foreign country to begin my study abroad. I knew nothing about Argentina and was excited to discover the country. It did not take long for me to realize that my experience would be life changing. Black in a very white country, I stood out like a sore thumb. I was the “other.” At first I was uncomfortable, but then, I realized that my blackness was not the same in Argentina as in the United States. My blackness meant something else. I was exotic, if not exceptional, and surprisingly I was not black! Instead I was morocha (a non-offensive term referring to darker skin). How could that be? I had transformed into a lighter version of myself. As I grew accustomed to being called morocha, I could not help wondering who constituted a morocha.  Over time the answer became apparent: anyone who was not white. Other countries had mestizos (Indian and white mixture/descendant), or mulattos (black and white), but Argentina had grouped African and Indian descendants and people with tanned skin tones, often descendants of immigrants from Mediterranean countries, into a single category. Argentines proclaimed there “were no blacks in their country,” but the country certainly had a lot of morochos! Despite the lack of African descendants’ visibility today, in 1778 they had a significant share of the national population. Concentrated in cities, African descendants amounted to 44 percent of the inhabitants of the provincial city of Córdoba, for instance.[1] The decline of this population a national question for Argentina, whose black population dwindled from roughly 30 percent of the total population to 0.37 percent according to the 2010 census. 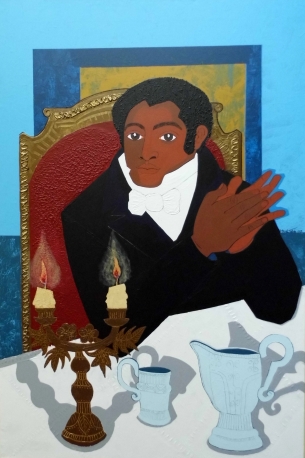 Historians who examine the disappearance of the black population in Argentina have paid far more attention to the city of Buenos Aires at the end of the nineteenth century than to other places and to earlier periods. Known as the “whitening” or blanqueamiento period, 1860–1914 has been identified as the time span during which the ultimate demise of the black population occurred. By the mid-nineteenth century, Argentine intellectuals were looking to Europe as their model. They viewed Europe as the cradle of civilization and progress. They believed that to join the ranks of other European nations such as Great Britain, France, and Germany, Argentina had to physically and culturally displace its people of color.

In their efforts to modernize Argentina, Argentine intellectuals such as Juan Bautista Alberdi and Domingo Faustino Sarmiento, who served as president of Argentina from 1868 to 1874, called for immigrants “to populate and to govern” the large, resource-rich country. More than four million European immigrants answered this call and made Argentina their new home. By the turn of the twentieth century, it seemed that the whitening project had achieved success. In 1905, the newspaper Caras y Caretas wrote that “The [black] race is losing in the mixture its primitive color. It becomes gray. It dissolves. It lightens. An African tree is producing white flowers.”[2]

Historians’ examination of the disappearance of the black population in the latter decades of the nineteenth century does not explain why the decline of the black population took place. In other words, it is important to understand what led to up the whitening period. Intellectuals of the mid- to late-nineteenth century were responding to a failed attempt to build a strong nation-state after the wars of independence. They laid blame on “barbarism”: constant civil wars, a large uneducated and “lazy” non-white population, and largely provincial society. While they associated the countryside with this “barbarism,” they viewed cities as the sites of hope and civilization.

Cities such as Córdoba, a small, interior city, stood as a contrast to the more open plains of chaos. Córdoba’s location on the route from Upper Peru to the Río de la Plata made it an epicenter for trade. The geo-politics of Córdoba reveal how natural and built environments influenced its urban sphere. Unlike Buenos Aires, which highly benefitted from being a prominent port city that engaged in the Atlantic economy, Córdoba’s location in the middle of the Argentine plains, served as a southern outpost for the Catholic Church and center of trade that was reliant on the Andean economy. Ever since its first construction in 1578, the city had maintained its grid-like pattern, which consisted of seventy blocks, in ten rows that flowed east and west, and seven columns that flowed north and south until 1853.

In the 1780s the city went through a modernization process under the governor intendant Rafael de Sobremonte. He ordered the cleaning and repair of the city streets, the widening of streets, and installation of street lighting. He further saw the constriction of the first water system and built bridges over the river that ran through the city. Besides focusing on public works that brought more modernity, he also put forth ornate projects. He ordered the construction of the Paseo Sobremonte, a place of recreation for the residents of the city, that is still used today, and foundations, one found in Paseo Sobremonte and the other in San Martín plaza. He also implemented primary schools and founded a woman’s hospital. These novelties stood as markers of “civilization.” 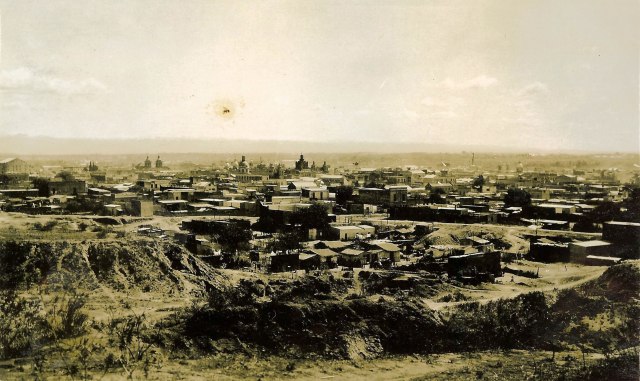 Córdoba around the 1860s

After the independence movement (1810–1820) wreaked havoc on the country’s economy, the Catholic Church remained a strong viable institution that promoted social hierarchy. To differentiate a small, white, elite population from the rest the ecclesiastical and civil authorities increasingly used the label pardo or pardaa term used to describe a tanned-toned ambiguous person who did not fit the commonly used categories of mestizo (the child of white and Indian parents), mulato (the child of black and white parents), zambo (the child of black and Indian parents), negro (black), or indio (Indian). My forthcoming book, Hiding in Plain Sight: The Disappearance of the Black Population in Córdoba, Argentina 1776-1853 recounts this process, which began in the city because of its efforts to civilize the population.

The term “lightening” was first introduced by the North American historian George Reid Andrews, who stated in his seminal book The Afro-Argentines of Buenos Aires, 1800–1900: “race mixture was occurring on a significant scale and…, in conjunction with the use of ambiguous racial terminology, it led to…[a] steady lightening of the black population.”[3] I traced individuals labeled as negro (black) in the censuses that noted race (1778, 1795, 1813, 1822, and 1832). I found that in the period 1813–1832, many blacks and other people of color became categorized as pardos. For example, in 1813, the sisters Francisca and Magdalena were listed as free Indians but in 1822 they became free pardas, or Josefa Rodríguez listed as a negra slave in 1813, became a free parda in 1822. From 1822 to 1832 the same trend continued. Eugenio Acosta, an artisan labeled a free negro, became a free pardo. Thus, the increasing use of the label pardo constituted an attempt to lump together the nonwhite population in a new aggregate category. In a small city that had a majority non-white population throughout the republican period (1810-1853), the need to distinguish “us” from “them” became a priority for the white elite.

But the term pardo was not universally used in an othering process throughout Argentina. In Buenos Aires, shortly after independence a new term emerged, trigueño (wheat-colored), which was used there to describe a growing, racially ambiguous population. In Buenos Aires, the term trigueño referred to “light-skinned” castas (mulatos, mestizos, zambos) or “dark-skinned” Europeans (Sicilians, Andalusians, Portuguese). Official documents such as lists of prison inmates, city employees, and army recruits also utilized the term. To be identified as a trigueño “provided an avenue of escape, [or an] exit through which Afro-Argentines could leave the black category completely,” Reid Andrews notes.[4]

In Córdoba, the way in which African descendants would have escaped being labeled negro, mulato, or zambo, was through the assigned label pardo. This racial passing became evident over time in the 1813–1832 censuses, as more pardos continued to engulf African descendants. By 1840, the last city census in Córdoba prior to it joining the Confederation of Argentina, the racial category no longer existed, marking the beginning of the whitening phase in the city. Thus, before the black population was whitened at the end of the nineteenth century in Córdoba city, it was lightened.

Erika Edwards is an Associate Professor of Colonial Latin American History at the University of North Carolina-Charlotte. Her research focuses on  Argentina, the African Diaspora, urban history, sexuality, motherhood, and education. She is the author of Hiding in Plain Sight: Black Women, the Law, and the Making of a White Argentine Republic (Tuscaloosa, AL: University of Alabama Press) 2020.

2 Responses to Pardo is the New Black: The Urban Origins of Argentina’s Myth of Black Disappearance