To mark the publication of new contributions to our Cambridge Elements in Global Urban History series, we will feature interviews with authors and share short excerpts from their work. Here, series co-editor Joseph Ben Prestel interviews Alexia Yates, the author of our second Element, Real Estate and Global Urban History (2021). Alexia Yates is Senior Lecturer in Modern History at the University of Manchester and author of Selling Paris: Property and Commercial Culture in the Fin-de-siècle Capital (Harvard UP, 2015) as well as numerous articles. An excerpt of Real Estate and Global Urban History follows the interview.

To mark the publication of new contributions to our Cambridge Elements in Global Urban History series, we will feature interviews with authors and share short excerpts from their work. Here, series co-editor Tracy Neumann interviews Richard Harris, the author of our first Element, How Cities Matter (2021). Richard Harris is Professor Emeritus at McMaster University and the author of many books, articles, and essays on urban and suburban development. An excerpt of How Cities Matters follows the interview.

What happens to the sovereign status of a polity when it is the object of a global imperial rivalry, and how do the archives of its capital city tell this story? From the French colonial heritage of the Tunisian National Archives to the multilingual informal correspondences of Tunisians across the Ottoman Mediterranean, Youssef Ben Ismail takes us through Tunis’ Ottoman archives, wrestling the city away from archetypal imperial representations, and revealing deep contestations over this North African past.

The Global, the Urban, and the Revolution in 1970s Iran

The Iranian Revolution, most historians argue, was an urban phenomenon in which mass demonstrations in major cities led to the spectacular downfall of the shah in 1979. In addition to Ayatollah Khomeini’s politicized Shiite-Islamic discourse, it is further argued, popular revolutionary resolve was prefigured specifically by Marxist urban guerrillas. But what was urban about these guerrillas?

In trying to answer this question, I recently contributed to a new edited volume on Global 1979: Geographies and Histories of the Iranian Revolution. In this blogpost, I will recap the main arguments of that chapter and then demonstrate why this research matters for global urban history. Briefly put, I believe expanding urban analysis beyond the Euro-American sphere to places like Iran can help us understand global relativity in terms of simultaneity rather than only through transnational movement, circulation or traveling theory.

The Archive Box #4: The Worlds of the Paris Commune

By Quentin Deluermoz*, University of Paris

150 years on, the Paris Commune continues to exercise a magnetic pull over the representation of revolutionary movements. From the Parisian barricades to the Kabyle insurrection that same year, Quentin Deluermoz takes us through a discovery of the local and global archives of this momentous event, and argues in favor of a history that embraces different methods and approaches, to do justice to intense events reverberating across multiple scales.

From the colonial genealogy of Bombay’s persistent “slum problem” recounted in her award-winning book, self-described “archive nerd” Sheetal Chhabria invites us to read archives critically, helps us identify the spatial and historical tropes associated with the South Asian city and countryside, and warns us against the pitfalls of writing global histories without being rooted somewhere.

While chronicling the encounters of Japanese fighters traveling across the urban centers of Latin America at the turn of the twentieth century, João Júlio Gomes dos Santos Júnior discusses the value of a history that does not pay lip service to nationalist narratives, offers advice on doing research in Brazil, and highlights the difficulties historians in the Global South face in accessing putatively global archives

By Anindita Ghosh*, University of Manchester

From small libraries in Kolkata to the British Library in London, through police records and pulp fiction published in late nineteenth-century colonial Calcutta, Anindita Ghosh reflects on her journey through archives, on the tension between formal and vernacular archives, and on the crucial importance of the latter for writing the urban histories of ordinary people.

A New Governor Arrives in Batavia: Public Ceremony in a Colonial City

By Mikko Toivanen, University of Edinburgh

How can historians relate urban spaces to the lives of city dwellers? Does it matter if the city is located in a colonial setting? Brenda Yeoh has argued that an excessive focus on abstract plans and specific structures has often led urban historians to view the colonial city as simply “a creation of its colonial masters” and disregard the cityscape as lived in and experienced by the varied communities of those cities. Recently, notable works have sought to provide more nuanced representations of the variety of urban life in colonial settings by focusing on phenomena like emotions or cosmopolitan communities. In this blog post, I wish to suggest an approach to colonial urban history that interrogates the meanings that people gave to the urban spaces they lived in, and one that zooms in on the relationship between the colonizer and the colonized through a careful analysis of public events and celebrations. Such events, though often directed from above, were only possible with the participation of different communities, and always open to contestation. A case study drawn from my current research on nineteenth-century Batavia, the capital of the Dutch East Indies, serves to highlight these issues.

A portrait of Johannes van den Bosch by Cornelis Kruseman, painted in 1829 before his departure to the Dutch East Indies. From the Rijksmuseum digital collections, object number SK-A-2166.

END_OF_DOCUMENT_TOKEN_TO_BE_REPLACED

Tel Aviv, “the First Hebrew City” founded in 1909, is also referred to as “the city that begat a state”. This celebratory proverb illustrates how the city’s capitalist ventures were the economic and cultural catalyst for the future state. While Jerusalem had its spiritual significance and Haifa served as a center of British economic interests, Tel Aviv operated as the Jewish capital throughout British rule (1917-1948). The city attracted Jewish settlers to Palestine and served as an urban refuge for those settlers who became disillusioned from the glorified image of rural life. A cultural hub, business epicenter and headquarters of several Zionist institutions, Tel Aviv, in other words, was a settler-city that begat a settler-state. 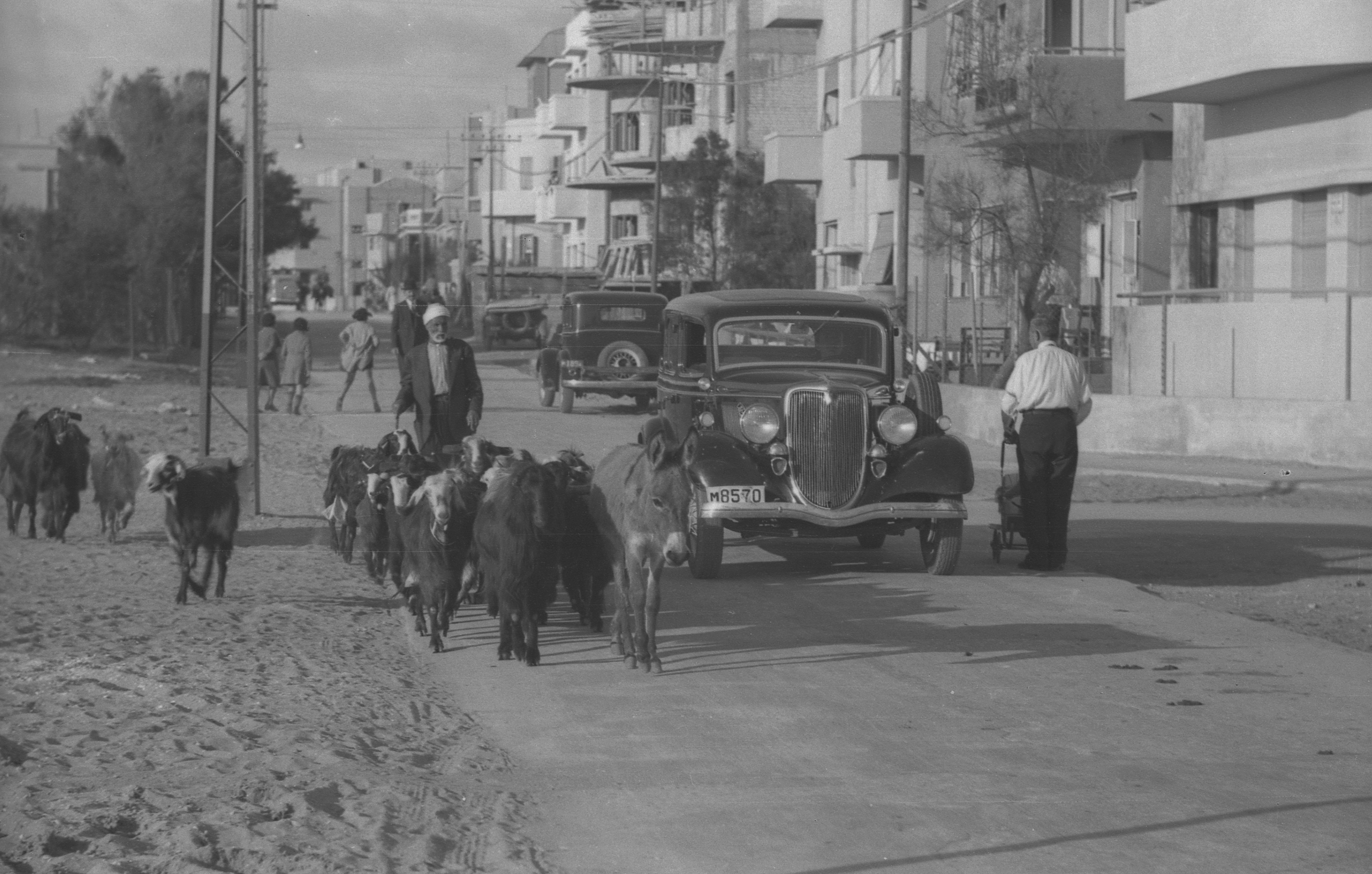