The global history of cities is en vogue at the moment. Increasing numbers of historians interested in global history turn to cities as spaces of connectedness to ground their historical analysis and to explore the role of cities in limiting as well as enabling global interconnectedness in times of uneven globalization. At a student conference organized by students of Berlin’s Global History MA program in May 2016, a group of over forty students from sixteen countries discussed new perspectives on global history. The range of topics discussed mirrored the diversity of presenters: panels on post-colonialism, visual or gender history provided platforms for many interesting and fruitful discussions. The inclusion of a whole panel on “Global Urban History” at the conference certainly reflects the growing importance of the study of cities in global history.

The decision to organize a panel which takes a specific form of space – urban space – as its main axis resulted in a broad thematic, temporal, and regional variety: cities in the Safavid and Mughal Empires, a district of the  Ottoman Empire’s capital in the nineteenth century, cities at the periphery of the Soviet Union after the Second World War and a long-term study on a Colombian small town. The topics ranged from religious history to the history of architecture and urban planning. Without doubt, this multiplicity of topics in the field of “Global Urban History” poses a serious challenge for researchers. As panel chairs, we faced a similar challenge: how to bring together a variety of diverse topics and enable a conversation beyond the individual case studies?

Finnish Soldiers Recapture Vyborg/Viipuri from the Soviets in 1941

As a starting point, a number of similarities among the presented case studies facilitated communication. All the presentations addressed the question of what the concrete specificities of urban space were and in which ways these characteristics distinguished urban spaces from other forms of space. Ksenia Litivinenko for example discussed how the reconstruction of three cities incorporated into the Soviet Union after the Second World War took place in the tense atmosphere of conflicting guidelines of the central state and interests of local experts and decision makers. The specificity of urban space in this case consisted in its institutionalized administration, an autonomous potential that is generally lacking in the countryside. 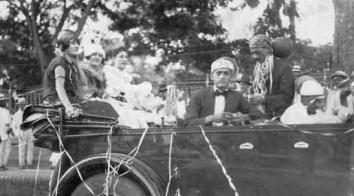 Conflicting identities also marked an area of tension, as Oscar Manrique Florez showed using the example of the Colombian small town of Palmira during the nineteenth and twentieth centuries. His case study demonstrated that urban tensions can arise (and provide a fruitful site of study) on all levels of organization in society, including the micro levels of town districts, communities within them, or even between individuals. Ikbal Dursunoglu reached a similar conclusion in her presentation on the reconstruction of the district of Pera in Istanbul after a fire in 1870. The local authorities were unable to impose their ideas for fundamental urban reorganization due to resistance by local inhabitants and businesspeople. It also became clear in all the presentations that urban spaces always exist within and in tension with other contexts – imperial, national, or even global. The same is true for suburban spaces. At the same time this means that the investigation of urban spaces is useful and necessary to be able to detect and study those tensions.

On a pragmatic level, the presentations revealed another advantage of an approach influenced by “Global Urban History”: The restriction of historical research to a single urban space makes many projects feasible. This holds true particularly in relation to global history because urban spaces encourage emphasis on the local embeddedness of global connections. Choosing a city as research object thus means that we, as global historians, avoid having to talk about “the world in its entirety.” Especially for students, urban history can be a (first) meaningful entry point into topics of global history. Wendy Qian‘s comparison of important Shia festivals in Safavid Isfahan and Mogul Bombay, to name but one example, was made possible through the restricted frame of the urban-imperial context. Furthermore, students are often in the fortunate position to find local sources easily in their city’s archives. Ikbal Dursunoglu explicitly raised this point in her presentation. She made use of locally available French and English newspapers of the 1870s, which are relatively easy to access due to the existence of local archives. 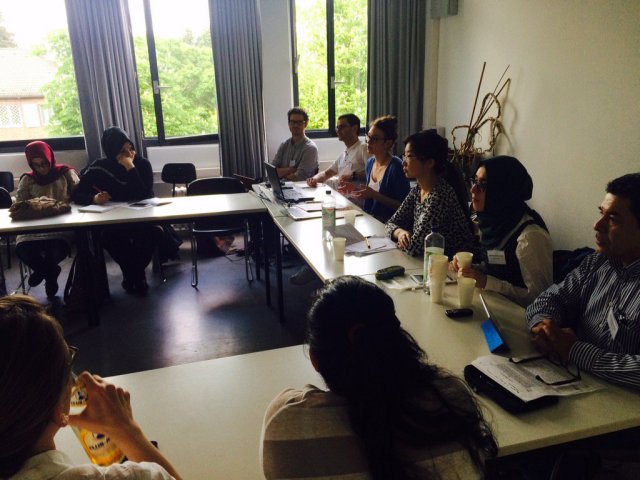 In conclusion, how useful is the concept of “Global Urban History”, especially for students and young scholars? At first sight, the conference panel assembled local case studies with relatively weak global connections. In this respect, we have to critically reflect about the danger of the label becoming a residual category for either global or urban history. Developing a new subcategory without significant additional value for the discipline as a whole seems undesirable and would certainly engender criticism. On the other hand, we believe that the diversity of regional case studies alone allows for (or even requires?) a global perspective. The combination of such a global perspective with the specific circumstances of local urban histories seems, in general, reasonable and necessary. The label “Global Urban History” enables researchers to emphasize the significance of local contexts in the field of global history, thereby possibly creating an impact on the development of the field as a whole. In any case, the focus on urban areas in the wider context of global history has led participants of the panel to interesting new questions and a very lively discussion. Enabling this communication and the associated change of perspective for many participants can in itself be seen as one great promise of “Global Urban History.”