Of Rags and Riches

“Neither any continental city nor even London has ever had to do anything approaching this in magnitude.” This boisterous remark by Commander Frederick de Latour Booth-Tucker does not only summarize the spectacular Christmas feast held by the Salvation Army that helped 20,000 selected poor New Yorkers to a hot meal, Booth-Tucker’s words also reflect the high-minded hopes and aspirations of those progressive reformers who paid to observe the spectacle from their lodges at Madison Square Garden on Christmas Day 1899. In view of the event Booth Tucker concluded: “It means the dawning of a new era, the bridging of the gulf between the rich and the poor” (2). 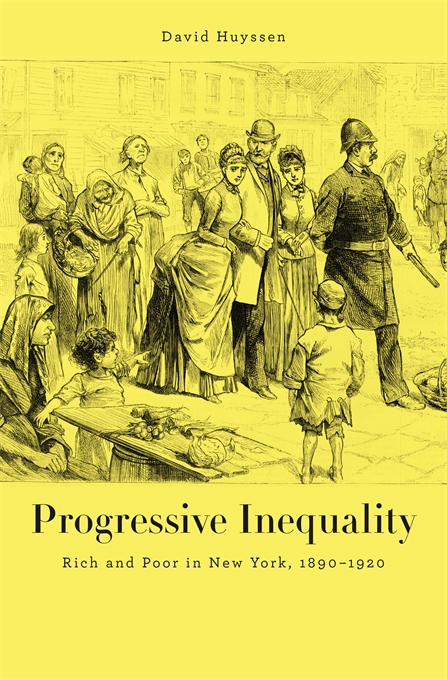 Historian David Huyssen uses this anecdote as a point of departure to examine urban class relations in his rich and lucid book Progressive Inequality: Rich and Poor in New York 1890-1920. Huyssen analyzes the U.S. metropolis and its inhabitants by employing different methodologies from social, cultural, economic, and urban history. According to the author, the city of New York constitutes an ideal case to not only measure “the gulf between the rich and the poor”, but also to test the “classless myth of America” (7). At the heart of his study lie encounters between the poor and the rich since, riffing on E.P. Thompson, it is through this interaction that the social divide became most tangible. Fueled by a discomfort with repeated calls for a ‘new Progressive Era’ (8) in the face of today’s widening gap between the upper one percent and the rest, Huyssen cautions against one-sided perceptions of historical social reform movements and provides a critical reading of American class relations.

Although Huyssen puts great emphasis on the social politics of society’s higher echelons, he balances this top-down approach towards the ‘social question’ by correlating it with a bottom-up perspective of the urban working class’ every-day experiences. The encounters between the two classes – while dismissing a constructed notion of an American middle class – range from anonymous to direct. They include the aforementioned spectacles of compassion; the ‘scientific’ and highly bureaucratized dealings of organizations such as the Charity Organization Society (C.O.S.); begging letters that enabled direct contacts between rich and poor; but also violent confrontations during the New York transit strike of 1916. Huyssen leads the reader through urban class relations by zooming in on individual life stories and connecting them to a wider cultural discourse on poverty that is frequently marked by prejudiced notions of moral depravity as well as discriminatory and even racist practices.

Huyssen focuses on the elite’s attempts to provide forms of relief to the disruptive effects of capitalism without calling its premises into question. While the Progressive Era seemingly demarcates the dawning of a new age of social improvement, Huyssen turns its popular meaning on its head. He redefines it as a time of entrenched and even increasing inequality despite the endeavors to counter rampant pauperism. 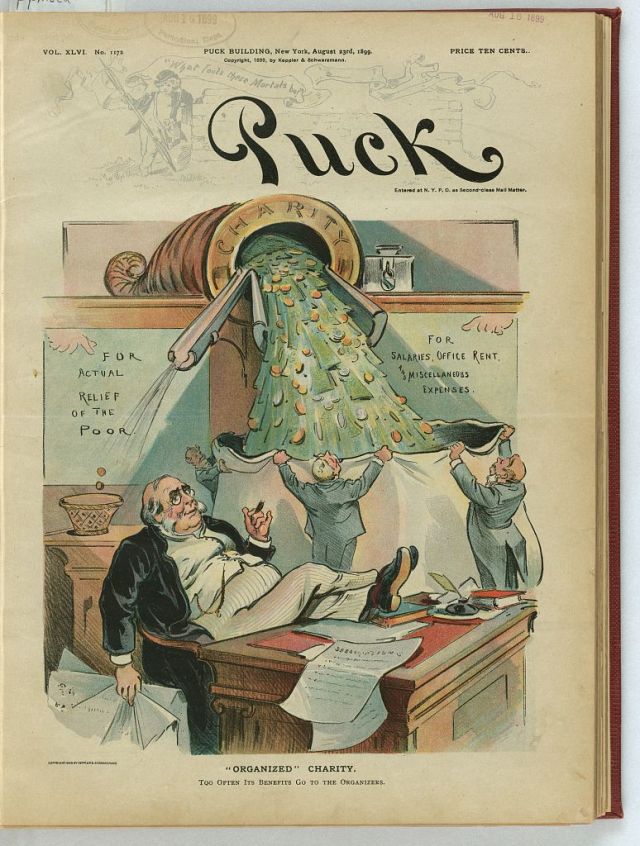 Even though he concentrates on issues of interaction rather than questions of infrastructure, the author manages to create a vibrant historical account of a city that is defined by the architectural landmarks as much as by the diversity of the neighborhoods of ‘the other half,’ as journalist turned social reformer Jacob Riis described the inhabitants of Manhattan’s Lower East Side.

The dealings of Manhattan’s elite with the working class were informed by what Huyssen terms an “imperial progressivism” (14), by which he means an emulation of colonial attitudes on home soil that was marked by a morally biased mission civilisatrice. Although the author refers to the well-known publication In Darkest England and the Way Out (1890) by Salvation Army founder William Booth in passing, he does not elaborate on the intricate connection between metropolis and periphery. The term “imperial progressivism” establishes a link to the research of Alison Twells on the British Salvation Army at home and abroad or Harald Fischer-Tiné’s take on a “global civil society”. Unfortunately, this route remains unexplored although the works of Progressive Era actors like George E. Waring, civil engineer and first Street-Cleaning Commissioner of New York, can be traced across the “Empire of Liberty”.

Huyssen’s pitch of “imperial progressivism” loses further momentum as the 15 short chapters rather address emblematic cases of mostly asymmetrical class encounters. They serve as a point of departure for much broader analyses of New York’s class relations. Nonetheless, the separation between these short but dense descriptions sometimes appears artificial and instills a sense of repetitiveness, particularly in the first three chapters. Here Huyssen deals with the insensitive and more than often invasive efforts of New York luminaries to educate, uplift, and improve the living conditions of the urban multitude. With great sympathy for the subjects of charity, Huyssen dissects the moral prejudices built into the charitable work of projects and organizations run by philanthropists such as Robert W. DeForest and Richard Gilder. By doing so, he presents a strong critique of political economy and the double standards of Progressive Era charity. Yet, the book also knows its tragic heroes, such as reformer Lilian D. Wald and banker Jacob Schiff, who, according to the author, aspired to social justice rather than social control. Historian Thomas Bender, however, has previously criticized this clear-cut distinction for being too narrow.

Progressive Inequality offers valuable insights into the flawed relations of rich and poor in a highly urbanized context. It sheds light on the way in which aspects of migration, cohabitation, and capitalism informed the constitution of social space in the American metropolis at the turn of the nineteenth century. Although it does not explicitly address questions of global history or put concerns of urban history front and center, Huyssen’s work is an intriguing source for everyone interested in the intersectionality of class, politics, and urban history.

Björn Blaß earned his M.A. in Modern and Contemporary History from Freie Universität Berlin. He currently pursues a PhD at the International Max Planck Research School for Moral Economies of Modern Societies in Berlin. His thesis focuses on the occurrence and solution strategies of the urban waste problem at the end of the nineteenth and beginning of the twentieth century.

Like Loading...
This entry was posted in Reviews and tagged 19th Century, Economic History, North America. Bookmark the permalink.