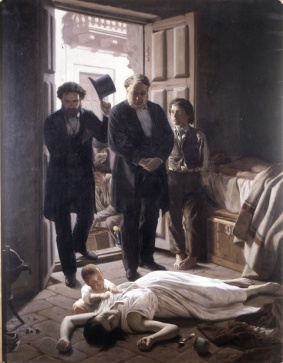 Scholars in the field of urban studies have been arguing for decades about what exactly the object of their research could be. At a first glance the ‘urban’ appears as a clearly defined field of research, namely the ‘city’. Nonetheless, upon closer consideration defining what exactly makes up a ‘city’ is a challenging task that has overwhelmed many generations of urban scholars. The intention of creating a unequivocal and ahistorical concept of ‘urbanity’ has probably been one of the main reasons behind these shortcomings. As a contribution to urban studies my research project on Buenos Aires historicizes the concept of ‘urbanity’, showing its historical and hegemonic contingency.

General ideas about what a ‘city’ is or should be, are rarely discussed directly in historical sources. They indeed often belong to the non-discussed self-evident notions and their historical investigation can therefore result arduous. Nevertheless in times of crisis the ‘urban’ becomes unstable, so that historical actors openly discuss it and consider possible reforms. During the nineteenth century, epidemics violently questioned prevalent conceptions of ‘urbanity’. In the case of Buenos Aires the city was confronted in the second half of the nineteenth century with a tragic wave of epidemics. Especially in 1867 and 1868 the city was struck by cholera, in 1871 by yellow fever and again by cholera in 1874. The epidemics killed thousands of inhabitants and undermined the urban elite’s self-consciousness about the geographic and economic features that made up Buenos Aires’s regional hegemonic position. During the epidemic crises the city’s biggest economic and social resources, meat production and European immigration became objects of acrimonious controversy.

During the centuries of colonial rule European cattle and horses filled the Pampa grasslands that surrounded the city. By the mid-nineteenth century Buenos Aires had become the economic center of this region, to which a daily stream of thousands of animals was directed. In the city, the animals were gathered, slaughtered and processed in the saladeros – meat salting plants – in order to extract export-goods such as cow-hides, tallow and salted meat. Most of the meat-processing activities took place in the southern part of the city on the shores of the Riachuelo, a small tributary of the River Plate. The pollution of the Riachuelo, in which the factories rid themselves of worthless animal parts, grew with the expansion of the saladero industries and reached in the 1860s a hazardous level. During and after the epidemic outbreaks a part of the urban elite saw in this pollution the main source of diseases and eventually succeeded in banning the saladeros from the municipal territory.

Others denied that water pollution had caused the epidemics and pointed instead to the living conditions of migrants. As a matter of fact, from the second half of the nineteenth century Buenos Aires had become one of the most attractive centers for European migrant workers. Pulled, both by comparatively high wages and by the perspectives of acquiring cheap land, Europeans, in rising numbers, arrived in Argentina and set up home in the city. Owing to the lack of new housing facilities the migrant workers settled in the compact and socially mixed old city center, moving into densely inhabited tenement houses. The epidemics for the first time turned housing for the rising working population into a central issue on the urban agenda and contributed to creating the infamous equation between migration, crowded tenements and epidemic disease. 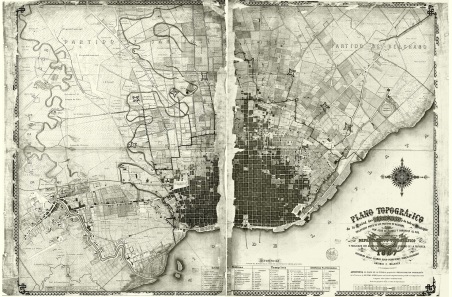 Discussing the position of the meat production and of the migrant workers – so of industry and working population – the urban elites reconfigured the idea of ‘city’. They redefined its space, its relationship with the pampa hinterland and with the Atlantic World. The ‘epidemic discussion’ was pivotal in setting the path for a new kind of city, which expelled industry to its southern periphery and prioritized the construction of a recreation park and of a zoo at its northern outskirts. This reconfigured also the conception of urban environment. For instance, after the expulsion of the slaughterhouses and the construction of the zoo, cattle and sheep disappeared from the urban scene, whereas wild and exotic animals became objects of urban admiration.

Thus, this research project specifically historicizes the concept of ‘urbanity’ in nineteenth-century Buenos Aires. Moreover within the research agenda of global history, it aims to show how global flows and networks localized in cities and became central in shaping the ways in which cities and their hinterlands were conceived and produced. Diseases, meat production and migrants were indeed part of the global networks that shaped the city of Buenos Aires. On the other hand epidemics also created the critical context in which the role of the city within these networks could be identified and renegotiated. Thus not only global networks shaped cities and their hinterlands but also inversely, cities contributed in shaping global systems of circulation of humans, non-humans, capital and goods.