Analyzing the Palimpsestic Petroleumscape of Rotterdam

Petroleum – its extraction, refining, transformation, and consumption – has shaped our built environment in visible and invisible interconnected ways around the world over the last 150 years. Industrial structures, buildings, monuments, urban forms, and infrastructure stand as material witnesses to the ubiquity and power of petroleum. Many people will orient themselves in space referring to gas stations, others will point to oil headquarters as local urban icons, and a select few will be aware of local oil industry facilities or the educational, housing or leisure facilities of the petroleum industry employees. But while observers recognize the connection to oil in select buildings, they do not picture the enormous collective presence of oil in the built environment, its impact on production processes, financial flows, and associated social and cultural patterns in our everyday environment, or the long history of oil’s impact on our lives. 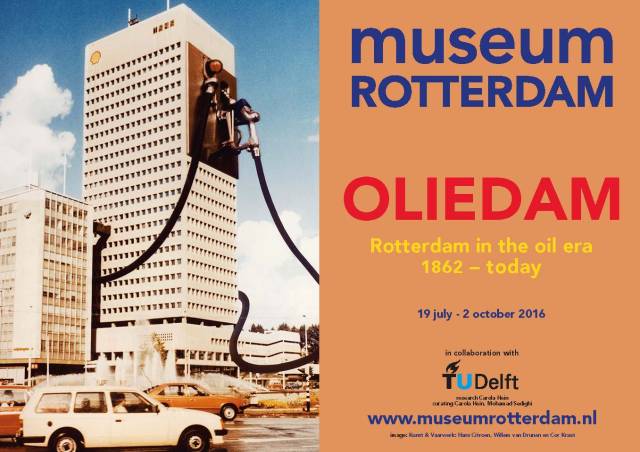 Figure 1: Invitation for the exhibtion “Oliedam: Rotterdam in the oild era, 1862-today” at Museum Rotterdam. The exhibtion has been extended until November 2, 2016.

This research starts with the insight that the diverse architectural emanations of oil—including refineries and storage sites, office buildings and gas stations—are connected through their relation to a single commodity and a select group of corporations. Each layer has similar functions and typologies (even if they differ in use, style, location, or architectural form) and these layers interconnect to form a single landscape—a palimpsestic petroleumscape. The built environment serves the physical and financial flows of the oil industry and, in part through its representations, carries cultural meaning. The goal is thus to understand how petroleum has been written into architectural and urban practice and representations, and how these forms shape future design and heritage decisions. This will not change the capitalist underpinnings of oil in large parts of the world, but awareness of the impact of oil can help us rethink those arrangements.

Oil companies, together with public and private actors, have made historical decisions on location and design that have translated into urban patterns and built forms, shaping the long-term development of many cities over the last 150 years. Research on the petroleumscape of the Randstad, available as an open-source web site and an augmented reality tool, and displayed in the exhibition “Oildam: Rotterdam the oil era 1862-2016,” at Museum Rotterdam (18 July 2016-2 November 2016) maps and visualizes the extent of oil’s impact in the creation of the city (Fig. 1). Physical structures, social relationships and cultural practices, some of them established over one hundred years ago, continue to inform contemporary spatial decision-making and our spatial representation. They are also part and parcel of our everyday use of cities and regions and they shape our perception and representation of the petroleum industry.

The area around Amsterdam, Rotterdam, and Antwerp includes some historic medieval trading cities and it is also one of the original places of petroleum storage, transportation, and consumption. Today, the Amsterdam-Rotterdam-and Antwerp area is home to the ARA oil spot market that includes Amsterdam, home for refined petroleum products; Rotterdam, the center for crude; and, crossing the Belgian border to the South, Antwerp the petrochemical hub, the latter being the second largest petrochemical industrial complex in the world after Houston.[i] This area comprises the Randstad, the polycentric conurbation in the northwest of the Netherlands; it has evolved over centuries under the influence of diverse and shifting actors, including oil companies.

The industrial footprint of oil is clearly visible from the air in the port of Rotterdam: port facilities, storage tanks, refineries, pipelines, and other infrastructure span from the inner city to the tip of the port, the Maasvlakte II (Fig. 2). The production sector is huge in scale (with some 5,300 ha for industrial sites and 1,500 km of pipelines within the port) and very costly. Its impact on planning decisions is high, but its visibility for the general public is low and mostly hidden from everyday experience. Some of its infrastructure, notably pipelines, is underground; not visible to the bare eye unless a careful observer studies maps, discovers pipeline markers, or detects patterns of melted snow across agricultural areas. Other parts of the infrastructure, such as important rail and highway networks, are shared with general users and are not easily identifiable as part of oil networks either. 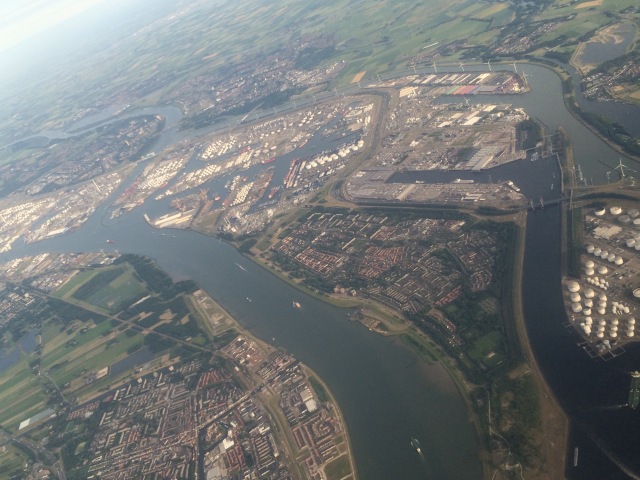 Figure 2: Aerial view of the oil installations in the port of Rotterdam (photo: Carola Hein).

Oil companies and the public sector established the foundations for the Randstad oil cluster in the early years of the industry (from 1862 to the Second World War). It is in the port that American oil entered the European market. The use of kerosene to light lamps was growing, creating a market for newly available petroleum. Oil firms were small at the time and, in Rotterdam, they focused on transport, storage, and resale. The company Pakhuismeesteren stored the first shipments of oil that arrived in Rotterdam in 1862 in the heart of the city, paying little attention to its explosive qualities (Fig. 3).

Competition among the port cities in the Randstad and Belgium was fierce in this early period. In 1865, Rotterdam received 533,000 gallons, but this was less than half the amount shipped to Bremen or Hamburg, and much less than the over 4 million shipped to Antwerp. But demand in the German and Swiss hinterland spurred the import of oil through Rotterdam in competition with these other ports. The amount shipped to Rotterdam increased rapidly. The opening of the shipping canal, the Nieuwe Waterweg, connecting Rotterdam directly to the North Sea in 1872 facilitated access for the growing number of steamships that transported petroleum and brought about the request for a petroleum port with rail and road connections to the industrial areas of the Ruhr in the German hinterland.

The quick growth of the petroleum trade and the need for dedicated facilities necessitated a close collaboration between elite merchants and the municipality. The economic elite was closely associated with the main political forces, including those driving Rotterdam’s annexation of the neighboring municipality of Charlois in 1895, which would become the core of the oil storing and trading. By that time, the Randstad, where railways had first connected the main cities on the Western shore of the Netherlands, saw the construction of railway lines towards the border, lines that would also come to serve the oil industry. These choices created the foundation for Rotterdam’s development as an oil node just at a time when new global players in oil emerged.

Advances in shipping, transportation, and refinement, as well as the advent of major companies that gained control of the entire production and distribution chain extensively reshaped the port and the oil business. Their interests connected various parts of the world through their commodity flows, putting their imprint also on the Randstad. These companies, at the example of the American Standard Oil Company that monopolized oil interests at the end of the nineteenth century, intervened also in Europe. The foreign companies challenged the 23-year monopoly of Pakhuismeesteren and started to compete for land allocation in the Rotterdam petroleum port. By 1891, several major oil companies settled in the port, including in 1901, the Koninklijke Olie—one of the predecessors of the Royal Dutch Shell. The city on the Maas had emerged as the main Dutch petroleum center, outpacing Amsterdam.

If demand for lighting oil established Rotterdam as a major oil port, the rapidly growing new demand for benzene as a car fuel triggered its explosive growth. Royal Dutch quickly picked up on the new oil age geared towards cars and built a gasoline refinery in Pernis in 1902. But it took more than a decade and pressure from the Royal Dutch to finish what would be called the first petroleum harbor. By 1940, Rotterdam was the third largest port of the world, after New York and London. The oil storage was a major price in the Second World War. The warring parties tried to keep the German enemy from getting their hands on oil, destroying storage tanks that hadn’t been bombed.

In the postwar period, the oil industry brought new demands and opportunities to Rotterdam as the port expanded with the city. The Rotterdam port grew rapidly thanks to its geographical advantage, seaport infrastructure, collaboration among its corporations, subventions promoting investment, a sufficient labor market, as well as growing demand. Meanwhile new types of refining processes created diverse novel products and further demand for them, notably in the field of plastics. Since the 1960s, the chemical industry blossomed, indicating another major change in the petroleum industry. In 1961-62 the three existing refineries produced 24 million tons of oil per year.

The Rotterdam port grew in size and Pernis, Botlek, and Europoort stood out as the main areas under control by six multinational oil companies. The United States lost its status as primary oil supplier; with decolonization in Asia and Africa, oil companies (and their home countries) no longer had access or control over oil resources and had to rearrange their business. Most of the oil started coming from the Middle East. Demand in Europe increased, but with nationalization of oil in the Middle East and the creation of OPEC in 1960 supply was reduced, and prices rose. Nonetheless, the port development took the expanse of oil to a new scale.

The demands of the oil industry continued to be key to planning and land allocation in the Rotterdam area. A regional plan for West Brabant established around 1969 allowed for a new Shell refinery in Moerdijk and provided space for future expansion. The port continued to grow, separating it from the city and several studies document the overlapping interests of Shell and the Rotterdam Port Authority. Cargo ships grew in size and some ports, such as Antwerp, accessible only through an estuary, could no longer accommodate them, much unlike Rotterdam, which had direct access to the sea. From the 1970s, pipelines became the main carrier for oil, notably crossing borders towards Antwerp in Belgium and the Germany Ruhr area long before the Schengen agreement provided for the free circulation of people.

Today, the BP refinery in Rotterdam, which started production in 1967, includes facilities at Europoort and Pernis. Its production capacity of 400,000 barrels of crude per day with a storage capacity of 4.5 million cubic meters illustrates the growth of the industry. Three other refineries for ExxonMobil, Koch HC Partnership, and Q8 Kuwait Europoort are situated in the port. Climate change and growing popular interest in renewable energies, as well as (European) laws on air pollution, and its aging refining facilities will influence the consumption of fossil fuels and its distribution. Nonetheless, an end of the oil era doesn’t seem in immediate sight. The existence and “staying power” of the Rotterdam oil port may mean that fossil fuels from other locations will be directed there unless the port players opt for a different strategy.

Only in appreciating the power and extent of oil can we engage with the complex challenges of sustainable architectural and urban design and policymaking, develop heritage concepts, and meaningfully imagine future built environments beyond oil.

Carola Hein is Professor and Head, Chair History of Architecture and Urban Planning at Delft University of Technology. She trained in Hamburg (Diplom‑Ingenieurin) and Brussels (Architecte) and earned her doctorate at the Hochschule für bildende Künste Hamburg in 1995. She has authored several articles and books including The Capital of Europe (2004), Port Cities (2004), Brussels: Perspectives on a European Capital (2007), European Brussels. Whose capital? (2006), Cities, Autonomy and Decentralization in Japan (2006/2009), and Rebuilding Urban Japan after 1945 (London: Palgrave Macmillan, 2003). With an Alexander von Humboldt fellowship she investigated large scale urban transformation in Hamburg in international context between 1842 and 2008. Among other major grants, in 2007, she received a Guggenheim Fellowship to pursue research on The Global Architecture of Oil. Her current interest is the study of international networks and the transmission of architectural and urban ideas along these networks, focusing specifically on port cities and the global architecture of oil.

1 Response to Analyzing the Palimpsestic Petroleumscape of Rotterdam